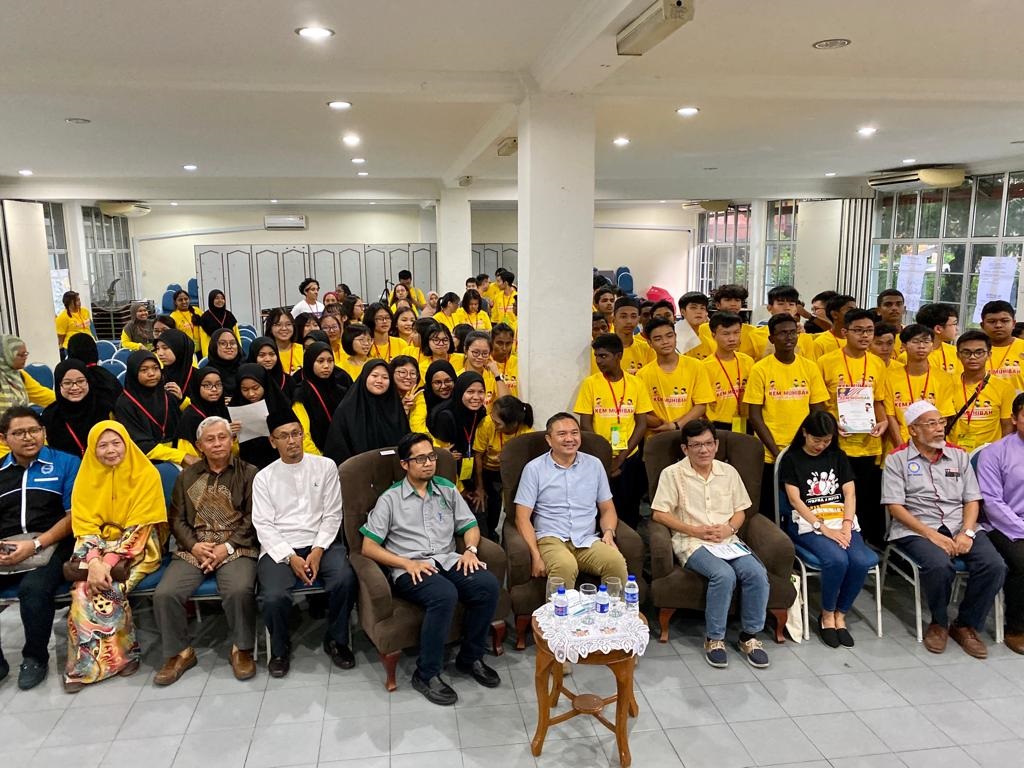 BANGI: Students at a “muhibbah” camp here have urged political leaders not to destroy the nation’s harmony, saying they did not want Malaysians to be mired in racial and religious rhetoric.

Aden Tan Shen Yeh, 17, said that Malaysians, after 62 years of independence, should learn to accept and respect the diversity of the country as that formed the nation’s identity in the eyes of the world.

“Malaysia is composed of people of various religions and races, so no one should be labelled with terms that carry certain perceptions. To me, this has been our biggest problem since independence. I really hope that, in the future, Malaysians can handle this problem and become better citizens,” he told FMT.

Tan was a participant of the 2019 Muhibbah Camp held in Sungai Ramal.

A student at a private school, he admitted feeling awkward and nervous when socialising with peers of a different race and religion, adding that he worried he would not be accepted by them.

“I voluntarily got involved in this Muhibbah Camp. Here, I learnt a few words in Jawi, Arab and Tamil. It’s an interesting experience for me because I am out of my comfort zone.”

He said he would not want to see a repeat of the riots of May 13, 1969; it was enough for that dark time to remain as part of the nation’s history and as a lesson for the young generation.

Another participant, Hanis Naqeebah Hasri, 15, said national leaders should serve the country for the benefit of all, and not just champion the rights of one race.

Hanis, a student at a religious school, told FMT that political leaders should not fight among themselves nor raise sensitive issues.

“We live in the same land, we sing the same Negaraku, so work for all Malaysians.

“I never had Chinese or Indian friends. It’s fun for me here because I get to exchange knowledge and share experiences with my other friends. I’m still new in getting to know the other Malaysian communities,” he said.

Hanis’s views were echoed by Vijay Rajah, 16, a student at a vocational college in Perak, who said Malaysia would be “lonely” if it was only inhabited by one race.

“My parents themselves agreed with my wish to join this camp, to mix with friends from other races and religions. I don’t want Malaysians to fight; be friendly, take care of the country’s peace.”

They said the claims were mere opposition ploys to create discord, with Yeoh adding that talk about racial tensions was overstated and “very exaggerated”.

The Muhibbah Camp was organised by Angkatan Belia Islam Malaysia (Abim) and the Chinese educationist group Dong Zong, two organisations who have often spoken out about issues related to the Malay and Chinese communities.

The three-day camp involves about 80 students from schools around the Klang Valley and is the first to be jointly organised by the two organisations.

Dong Zong committee member Low Chee Chong said national unity should not continue to be perceived as an abstract concept, but should require action to preserve Malaysia’s unique character.

“It gives a chance to the young generation to enjoy our cultural diversity and also to have an awareness to get rid of the mindset of stereotypes and discrimination based on race.

“United we stand, divided we fall,” he added.

Selangor state executive councillor Ng Sze Han said the lack of interaction between people of different races, because of community environment, had led to an increase in distrust among one another.

“An example is the controversy about Jawi calligraphy. This issue has two very different perspectives. For the Malay community, they see that there’s no harm in learning it. For the non-Malay community, however, they assume that Jawi writing is part of an Islamisation process.

“This issue arose because there’s no trust between people of different races — one of the greatest challenges in the new Malaysia. So this camp is very important to prepare a platform for the young generation to have a tolerant attitude,” he said. (Free Malaysia Today)

Read 202 times
Tweet
More in this category: « Solidarity With The Palestinian People : A Memorandum To United Nations ICJ PROVISIONAL MEASURES DECISION ON MYANMAR: A BEACON OF HOPE FOR UNIVERSAL JUSTICE »