Supervised Visit To Xinjiang Will Not Solve Issue 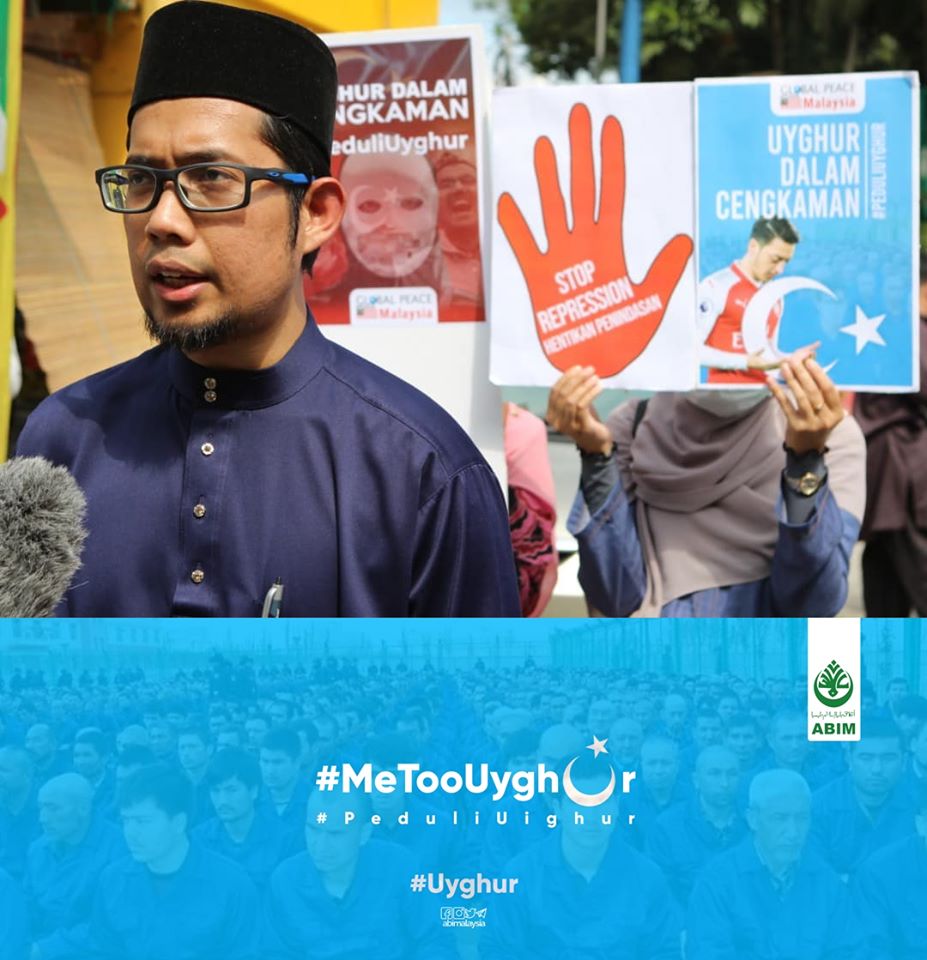 SUPERVISED VISIT TO XINJIANG WILL NOT SOLVE ISSUE

Muslim Youth Movement Malaysia (ABIM) refers to the invitation made by the Chinese embassy spokesperson, Mr Tang Tang, “to visit Xinjiang and to discover a beautiful, peaceful and prosperous real Xinjiang with your own eyes.”

The invitation was made as a response to the demonstration organized by ABIM and other several NGOs last Friday, urging China to be transparent and to stop persecuting the Muslim ethnic group of Uighur.

ABIM reiterates that China should stop playing with political propaganda since any efforts to cover up the persecution towards the Uighur ethnic group is pointless as a series of atrocities committed by them have been consistently uncovered over time.

Besides, we ourselves read the draconian laws enforced in Xin Jiang particularly the Xinjiang Uighur Autonomous Region Regulation on De-extremification 2017 where the provisions of the law prohibited Muslim in Xin Jiang from wearing hijab, keeping a beard and promoting the concept of halal that was claimed to interfere with other people’s secular lives. These oppressive provisions of law had given the space for the authorities and the Chinese government to abuse the fundamental rights of Uighur communities by interpreting any religious practice as equivalent to the definition or as a symbol of extremism and radicalism.

In the same time, Article 4 of the said provision also stated the persistence of the government in “making religion of Islam more Chinese”. It is totally against the spirit of freedom of religion and belief of the people when there are unreasonable interferences of religious affairs of the Muslims and they are forced to follow the incomprehensible laws that defined Islam as a religion with an anti religion doctrine.

On the same nerve, the influx of Uighur refugees throughout the world, predominantly women and children who fled from their homeland in China refuted the claim that the Uighur people were terrorists. The mass flight clearly gives a message to the world that they are seeking for help to fulfil their basic needs to live happily and freely like any other nation.

Thus, ABIM firmly urges the Chinese government to solve the aforementioned issues instead of persisting on the efforts to normalize the persecutions and atrocities committed by the government towards the Uighur ethnic group in Xinjiang including any kind of supervised trips with Chinese officials to selected camps. As an alternative, the Chinese government should let the United Nations to independently observe all situations in Xin Jiang with reasonable access to all sources of information without any interference from the Chinese authorities.

ABIM is open to have a frank dialogue and positive engagements with the Chinese government if the issues raised above are to be addressed transparently and in good faith. In fact, the stuffed panda and flowers brought by ABIM during the protest the other day symbolized our peaceful intention to achieve those commitments.